The Rise of Designer Pawn…….

Posted at 13:34h in Uncategorized by Kevin Garner 0 Comments
0 Likes

In these asset-rich, cash-strapped times, more and more people are banking on a new breed of high-end moneylenders.

When Tiffany’s husband James was made redundant from his job last year the couple quickly felt the pinch. They put their six-bedroom home, on the market, but while they waited for it to sell, money was tight. ‘A couple of credit-card bills came in,’ recalls Tiffany. ‘Normally it wouldn’t be a problem with my husband’s salary, but we were struggling.’

Traditionally, the solution might have been a bank loan, or a begging phone call to friends. Instead, Tiffany, 32, a housewife who is used to dressing in designer labels, took a different tack. ‘A friend suggested she pawn a couple of her more expensive items. Initially she was taken aback because she’d never come across the idea before – you associate the word with the seedier end of the high street. But it made sense. “I may not have much going into my bank account, but I had a wardrobe full of expensive stuff she said” The Pawnbroker she mentioned was just down the road, so I decided I had nothing to lose by going in.’ 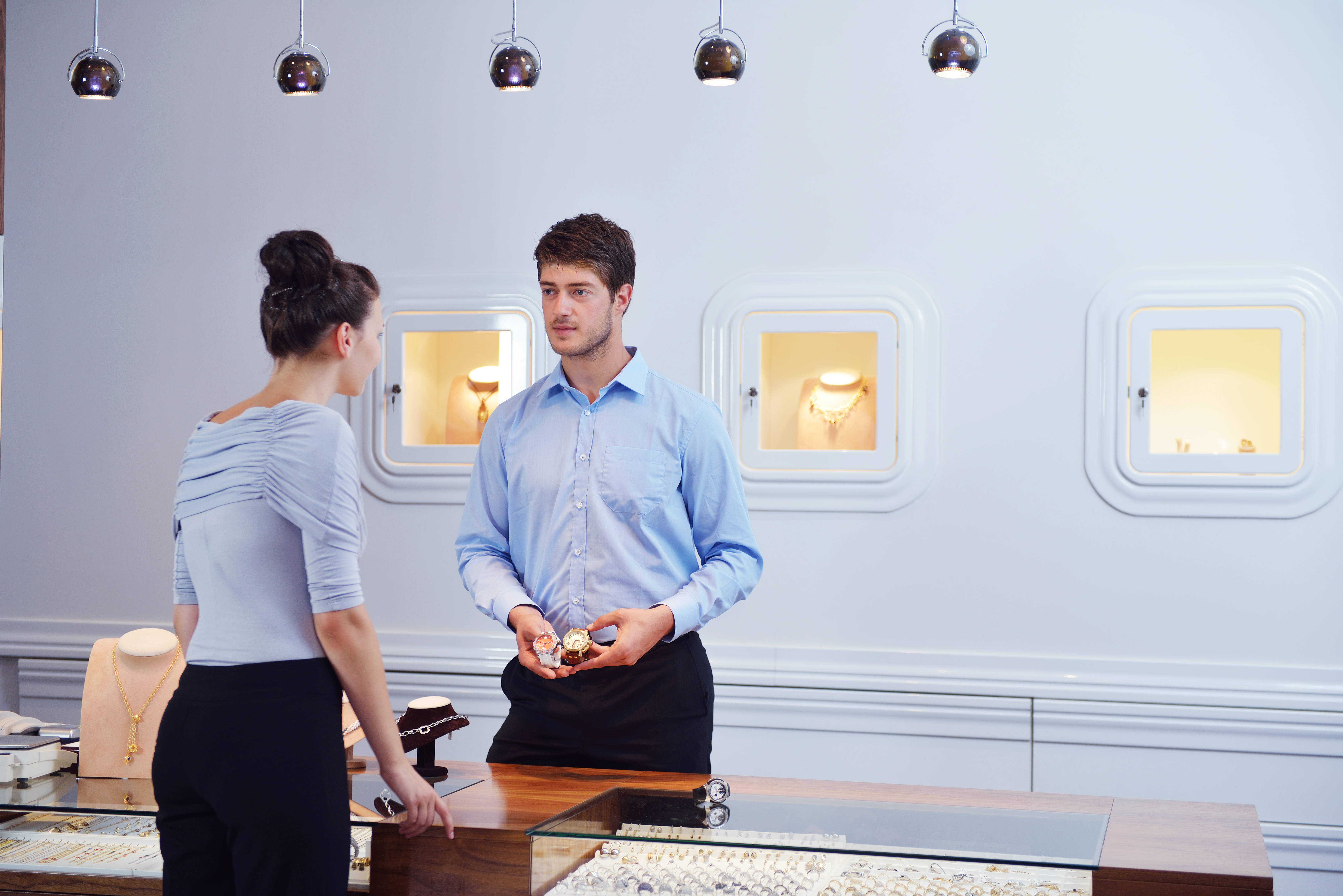 The following day, Tiffany found herself in the offices of Premier Pawnbrokers handing over an $18,000 crocodile-skin Chanel handbag – a present from her husband – and her $12,000 Rolex watch. In return, she got a cheque for $4,000 – enough to settle the credit-card bills that were worrying her. She has three months to repay the money along with the monthly redemption fee, However, she is confident that the imminent sale of her house will free up her cash. ‘But if it doesn’t, although I loved my watch and bag, there are worse things to lose,’ she says. ‘As long as you’re not emotionally attached to whatever you’re handing over it’s a stress-free way to get cash.’

Women such as Tiffany are not the sort of clientele that you traditionally associate with pawnbrokers. Nevertheless, in these asset-rich, cash-poor times they are increasingly emerging as their lender of choice.

People living in million-dollar houses with luxury cars on the drive who are short on funds – people who had built up wealth in cars and fine paintings, gold jewellery and other expensive baubles but couldn’t use them as collateral at the bank, they come in here and within ten minutes they can walk out with a large amount of cash or a bank transfer.’

This is in direct contrast to the banks, who have introduced stringent new credit policies in the wake of the last recession and new Regulatory laws.

Moreover, it is women who we are helping ‘When we opened women rarely came in unaccompanied by a man, but we’ve seen a huge shift in that sector. Now they form a large part of our client base. Before, these women could have walked into the bank and said, “My house is worth X million, I just want a few grand on my bank card”, and that would have been fine, but now that’s not possible unless you’re in full-time employment, which doesn’t apply for many of these women. So they come here.’ What are they spending the money on? Anything, it seems – school fees, dentistry work, credit-card bills, even to start their own business.

‘If you’re not attached to what you hand over, it’s stress-free cash’

The rise in popularity of The Pawnbroker has now attracted a new kind of client – the ‘secretly poor’. ‘These are the people who appear to be doing well – the children in private school, the expensive cars on the drive – but behind the scenes they have cash-flow problems, which means they are behind on the mortgage and can’t get any money from the bank. For them, the sort of discreet service offered by a pawnbroker can be an attractive proposition.’

Premier Pawnbroker will typically lend anything between 40 to 60 per cent of the value of the item on a three-month contract, The contract is redeemable at any point, but if the customer can’t repay the loan plus interest at the end of the term, the pawnbroker sells the item to recoup the value of the loan – (even then the customer will receive any surplus of the sale) either through our own office or via auction houses and specialist dealers. Nonetheless, customers know exactly what they’re signing up for. ‘There are no hidden charges, and our terms are not dissimilar to a bank, especially when you factor in the fact that we have no arrangement fee.’ 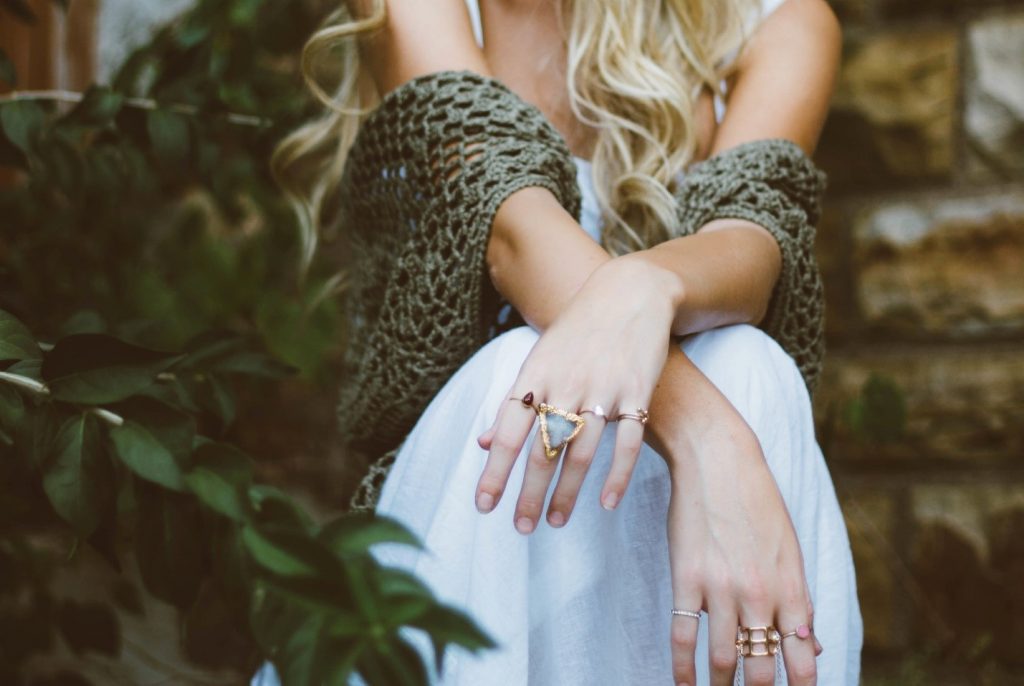 Most customers hope to see their goods again. ‘With smaller items such as jewellery, 60 to 70 per cent of owners come back, while on bigger items, such as cars, it’s 85 to 90 per cent.’ Like most pawnbrokers, we prefer to return items than sell on. ‘If we have to sell we effectively lose a client, whereas we get customers who come back and pawn the same items two or three times whenever they need a short-term injection of cash.’

Nonetheless, for some women, a visit to a pawnbroker has proved not only useful but strangely liberating. ‘There’s certainly no shame in it,’ says Tiffany.  ‘It’s not our fault we ended up in the situation we did, but this way I feel I am taking control my own way.’ 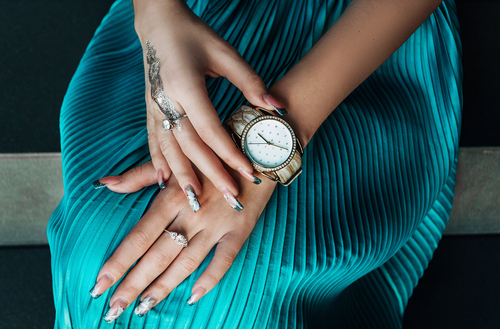 Jane, a 29-year-old mother of two, recently pawned two watches, a Cartier and a Rolex, and used the $3,000 she got for them to inject cash into her own growing business, I needed a cash injection to invest in a new product, which I felt would market well with my own invention. It made good business sense, but the bank just saw me as a little cottage industry and weren’t interested.’ The watches were languishing in her bedside table drawer. ‘Frankly, it was the only way I could get my hands on a lump sum. I would say to anyone who was in the same position and had something lying around that wasn’t of huge personal value to do the same.’

‘Money has been tight since I got divorced,’ says Lorraine, a mother of two, ‘and when my bathroom flooded earlier this year I didn’t have the funds to fix it. I wasn’t covered by my insurance, and while I could have got a loan or used a credit card I didn’t want to be in debt — which is why I didn’t ask my ex-husband either. ‘He had been very generous while we were married and a friend pointed out that I probably had thousands of dollars-worth of goods tucked away that I could pawn. So I sorted through my wardrobe and found a pair of $1,000 Jimmy Choo shoes, a $2,000 Chanel handbag and a Hermès bag that had originally cost $17,000.

‘At the pawnbrokers I was offered $4,000 for the lot, I knew that designer bags go in and out of fashion so I didn’t expect an enormous amount for the Hermès relative to what it had originally cost. The important thing was that it was enough to fix my bathroom. Although I am a stay-at-home mum, with careful budgeting I’m confident I can raise the money to get them back — and if I don’t and I lose the bags and shoes, I won’t be totally heartbroken. That’s why it’s a win-win situation — I got the money I needed and I’m not left in debt in real terms. I felt quite proud that I didn’t have to ask anyone for money. I’d do it again in a heartbeat if I had to.’

Premier Pawnbrokers Helping People its What We Do!